Be first to read the latest tech news, Industry Leader's Insights, and CIO interviews of medium and large enterprises exclusively from Aerospace and Defense Review

THANK YOU FOR SUBSCRIBING 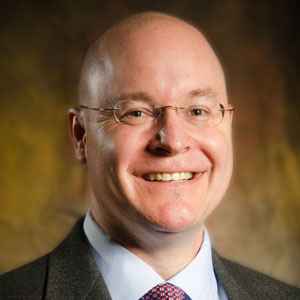 A tremendous opportunity will soon open up for drone deliveries to homes and businesses and within a few years, we should also experience drone “Flying Cars”. A significant hurdle holding up deployment is the lack of a Drone Air Traffic Control System. It is something NASA and the FAA have been working on for a few years and in 2019 NASA is scheduled to hand over their airspace integration recommendations to the FAA. The system is expected to be called UAV Traffic Management or UTM.

Perfect—so then in 2019, the FAA will build the drone air traffic control system, right? Well, that is the big question because the FAA has their hands full and tends to take a long time to implement anything having to do with new flying vehicles. We have to keep in mind that this is an organization with a $16 billion annual budget handling 15 million flights a year with over 1 billion passengers on board! The FAA’s procedures and daily operations focus primarily on getting us from place to place in one piece and they do a really good job of that. But the FAA does not move very fast with new technologies. And whether or not they have the personnel and money available to build a Drone Air Traffic Control system is an unknown.

The good news is there are other options for deploying a traffic management system that allows drones to start delivering products in a safe and efficient manner. Many private companies have been researching the optimal combination of communications, collision avoidance technologies and route planning to help implement the best design. Quite a bit of money is pouring into testing by very large companies, medium sized outfits and startups.

Drone deliveries are going to happen; it is just a matter of time

A few organizations are pretty close to implementing workable systems.

But to move quickly down the path of deployment one key standard must be nailed down. How will Air Traffic Control communicate with and control drones flying around without pilots on board? I believe the best method is to use the existing wireless networks in the United States. The big four carriers have spent well over $300 billion building out massive national wireless networks and based on testing they work really well in terms of latency and keeping a consistent signal as long as the drones remain within a couple hundred feet above ground. That lines up nicely with current FAA guidelines which allow drone usage up to around 400 feet. And right now the biggest wireless carriers are upgrading their networks to even faster technologies that can handle a tremendous amount of data.

Why not use satellites? Their networks are built and operating, can’t they get the job done? Number one reason not to use satellites, they are slow. If a drone A is flying at 35 mph and getting ready to smack into drone B also going 35 mph there is not much time to identify the potential collision determine an alternate route and send the new instructions to drone A so it can avoid the problem. With the existing wireless networks and an air traffic control system running on a distributed mini-supercomputer model you can have drone A receive and execute a collision avoidance instruction in less than 2 seconds.

So, can we use any existing avoidance technologies for drone flight control? Well, yes and no. The FAA developed very successful collision avoidance procedures for the pilot driven air traffic control network currently in place. Many of those policies are effective and can be coded into algorithms that help keep drones apart. But the reality of drone deliveries is we will have some very fast flying vehicles in closer proximity to each other than the United States current air traffic control system. At ETAK, we are developing a collision avoidance system called EICS that borrows the most effective elements of Inevitable Collision State (ICS) systems currently used for robots and modifies them for use in an environment that has six degrees of freedom. We use this and other algorithms to predict collisions before they occur and allow time for drones to react and be re-directed safely. Many other companies are also researching and developing collision avoidance systems that could be useful for the drone Air Traffic Control network.

Drone deliveries are going to happen; it is just a matter of time. I believe the drone Air Traffic Control System or UTM will be run by a private company with oversight by the FAA. That company most likely is an independent organization who is not trying to deliver products and does not own a wireless network. Their objectives will perfectly align with the FAA’s—to insure all air traffic is managed in a safe and efficient manner.

Key Areas To Focus For Successful Transformation Strategy For ANSPS

Why The Future Of Airport Security Screening Is Open, Integrated And Data-Driven

However, if you would like to share the information in this article, you may use the link below: